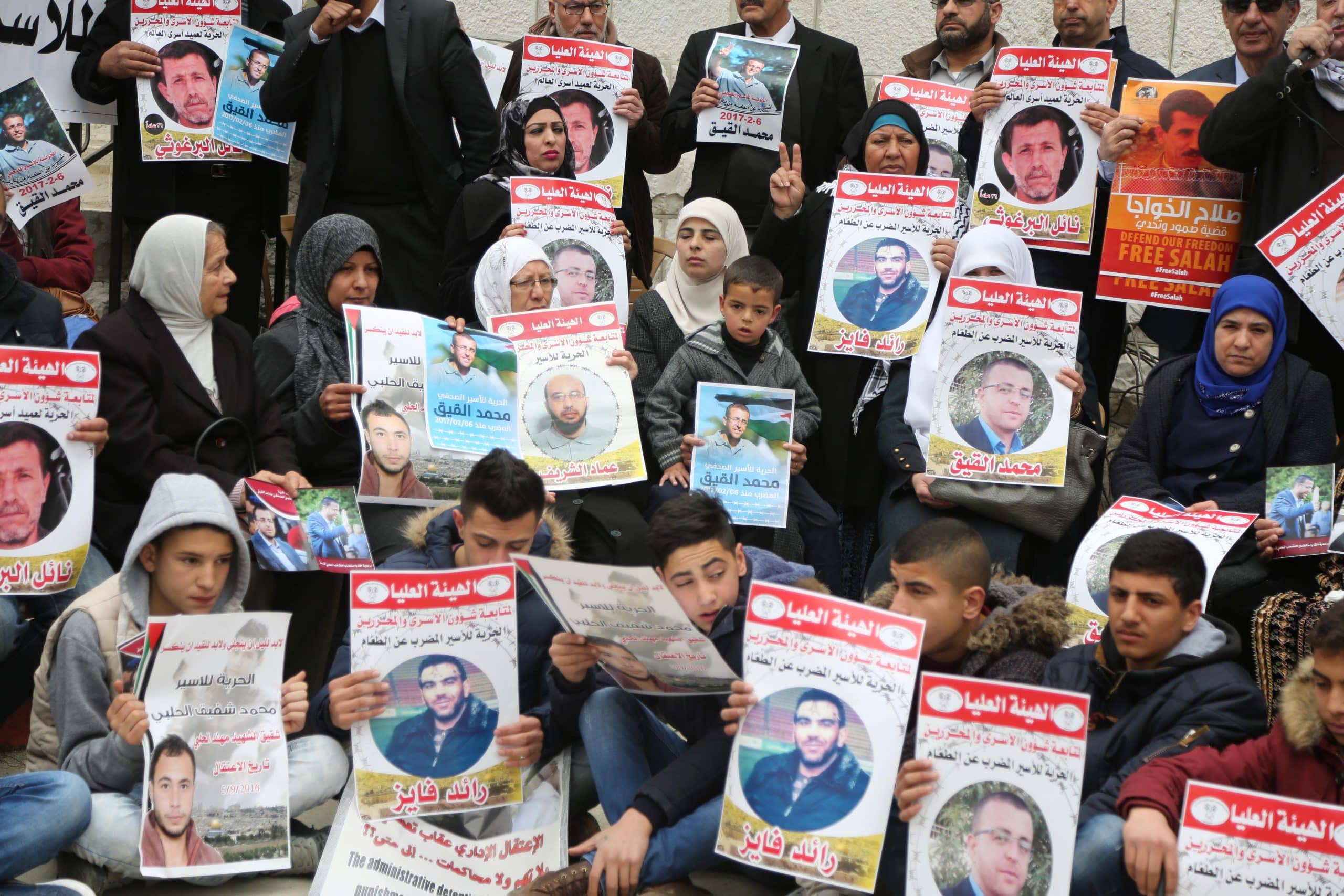 Palestinian political prisoners are continuing to protest the inhumane treatment they suffer at the hands of their Israeli jailors by refusing food and embarking on life-threatening hunger strikes.

We call on the UK government to pressure Israel to end abusive practices in its prisons, and release prisoners who are being subjected to such practices or who are in critical health condition.

Some are in administrative detention and are being held without charge or trial or knowledge of the accusations against them.

All need urgent intervention to ensure their immediate release.

It is time that Israel ends the practice of administrative detention, which is not just a violation of international human rights law, it is an inhumane and unjust practice that has no place in the modern world.

It is also time that Israel offers proper medical care to those in detention and end abusive practices such as prolonged solitary confinement, as per its obligations under international law.

Israel must be held accountable for its actions.

There are currently 4,600 Palestinian political prisoners in Israeli detention. Five hundred of them are in administrative detention. One hundred and sixty are children under the age of 18.

Below are four critical cases that need immediate action:

Nasser Abu Hmaid, 49, from the Amari Refugee camp has been detained by Israel since 2002. Cancer was detected in his lungs in August 2021. A medical mistake caused by a non-specialist doctor tasked with implanting a tube into his lungs has caused acute inflammation. He is currently in a coma but is nevertheless shackled to a hospital bed by his hands and feet. His family has been restricted to a single ten-minute visit. His condition is critical.

Abdel-Baset Maatan, 48, suffers from cancer. He is in administrative detention and has been held without charge or trial since October 2021. The Israeli authorities are refusing to provide him with the medical treatment he needs. Moreover, the medicine he brought with him was confiscated and prison authorities instead gave him generic medicine, insisting it was the same. There is a real fear that the cancer has spread to his lungs but there has been no medical examination or x-rays yet.

Fikri Mansour has been on hunger strike for over 60 days. He is protesting prolonged and repeated solitary confinement that has long passed the 15 days permitted – in extreme circumstances – under international law.

Muhammad Nawara was a minor at the time of his arrest in 2001. He has been on hunger strike for more than two weeks in protest at his continued solitary confinement in Gilboa prison. He has been in isolation for six months, a gross violation of international law.