The US has shifted its position on the status of Israel’s settlements in the occupied West Bank, including East Jerusalem.

On 18 November, Mike Pompeo, the US Secretary of State, announced that Washington no longer considered settlements “inconsistent with international law.”

This marks a major reversal of decades of US policy under successive presidents going back to Jimmy Carter. These have held that not only are Israeli settlements illegal under international law, they are “obstacles to peace.” 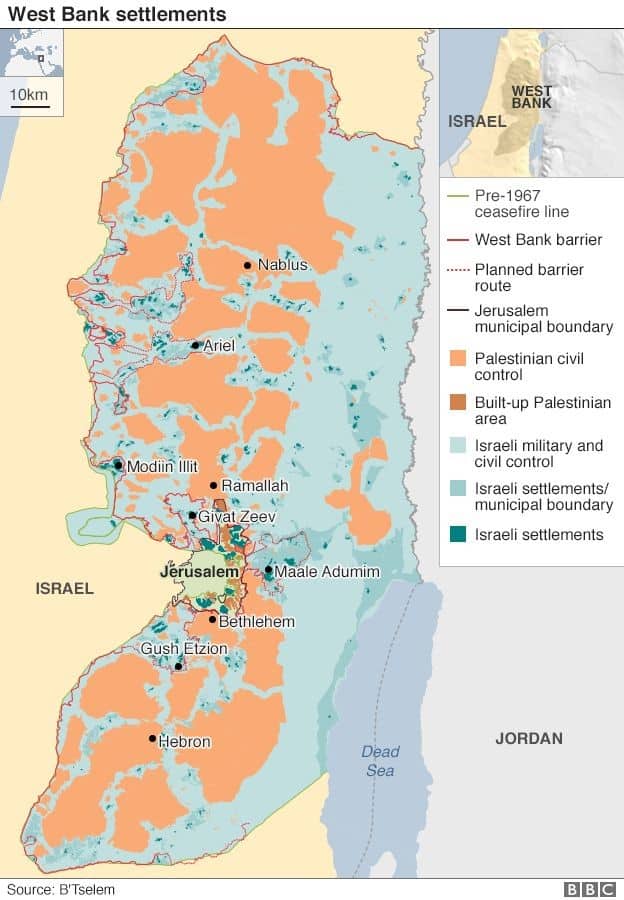 Around 600,000 Jews live in 140 settlements in the occupied West Bank and East Jerusalem. These settlements are physical obstacles to hopes of creating a viable Palestinian state in accordance with international legitimacy and the two-state solution vision that has guided peace-making efforts since 1993 and before.

Under international law, settlements are a violation of the Fourth Geneva Convention. They are considered illegal by the United Nations and the International Court of Justice.

H.E. Dr Husam Zomlot, the Palestinian ambassador to the UK, strongly condemned the US stance and other counter productive measures on Palestine taken by the administration of Donald Trump.

“No statement from Trump’s White House can change international law,” Dr Zomlot said. He said the Trump administration is giving a “free hand to Israel’s lawlessness, a green light for Israel’s mass land theft and aiding and abetting in the systematic destruction of the two-state solution.”

Dr. Zomlot urged individuals and states to register their disapproval with Israeli settlements by not buying products or services originating on stolen land.