An Israeli court has today extended the detention of Adnan al-Ghaith, the governor of Jerusalem, as Israel’s targeting of the Palestinian presence in the city continues unabated.
His arrest comes as another episode in Israel’s suffocation of Palestinian life and rights in Jerusalem. These measures are aimed at erasing the Palestinian existence from the city. With restrictions on residence rights, construction and economic activity, Israel seeks to eventually eradicate all Palestinians from their capital.
Over the years, Adnan has been subjected to several arbitrary Israeli measures. He has been detained more than 18 times, suffered house arrest and administrative detention. These actions are all aimed at expelling him from Jerusalem, his city of birth and where he grew up.
Adnan has dedicated his life to defending the occupied city and his fellow Jerusalemites.
In 2018, he was appointed governor, and was arrested immediately thereafter. Decisions were issued against him to prevent him from entering the West Bank or communicating with Palestinian officials and leaders, first for six months and then for a period of one year.
The occupation forces have banned him from practicing any activity in Jerusalem, including convening meetings or social and national events. These measures have been renewed repeatedly. 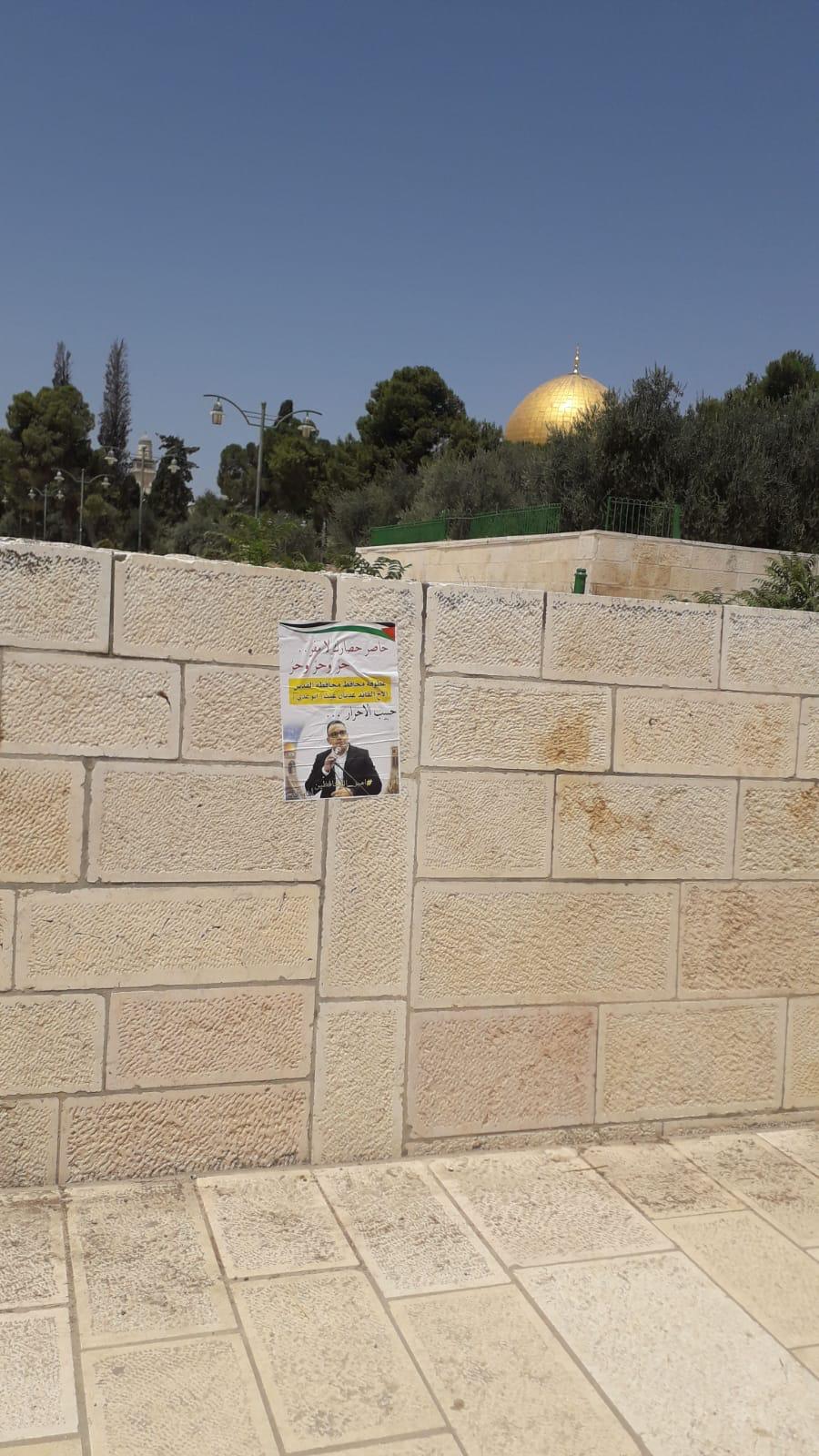 Adnan has led the Palestinian political presence in Jerusalem for over two decades. He was a leader of the Fatah Students Movement (Shabiba) in the city. He became a member of Fatah’s Revolutionary Council and later a member of the Palestinian National Council (PNC).
In 2017, he was arrested on charges of exercising Palestinian sovereignty in Jerusalem.
He has been physically assaulted several times by occupation forces.
This is not about security. It is a clear and illegal assault on a popular Palestinian politician and a legitimate representative of the Palestinian people in occupied territory. This is, yet again, another example of Israel’s disdain for international law. Ambassador Husam Zomlot, the head of the Palestinian Mission to the UK, calls on the UK government and civil society to pressure Israel to reverse this decision. If we are to be serious about peace, we have to be serious about international law.

Today, two Arab Gulf countries will sign normalisation agreements with Israel.We consider these accords a retrograde step for the Palestinian cause because they subvert the peace-for-land formula of the 2002 Saudi-sponsored Arab Peace Initiative, which remains

An Israeli court has today extended the detention of Adnan al-Ghaith, the governor of Jerusalem, as Israel’s targeting of the Palestinian presence in the city continues unabated.His arrest comes as another episode in Israel’s suffocation of Palestinian life and

Ambassador Husam Zomlot, head of the Palestinian Mission to the UK, has asked for urgent clarification from the Scottish National Party and Scottish Government after an amendment last week to a Scottish parliamentary motion described the Palestinian Nakba as “self-inflicted.”The

Protected by WebARX
Go to Top