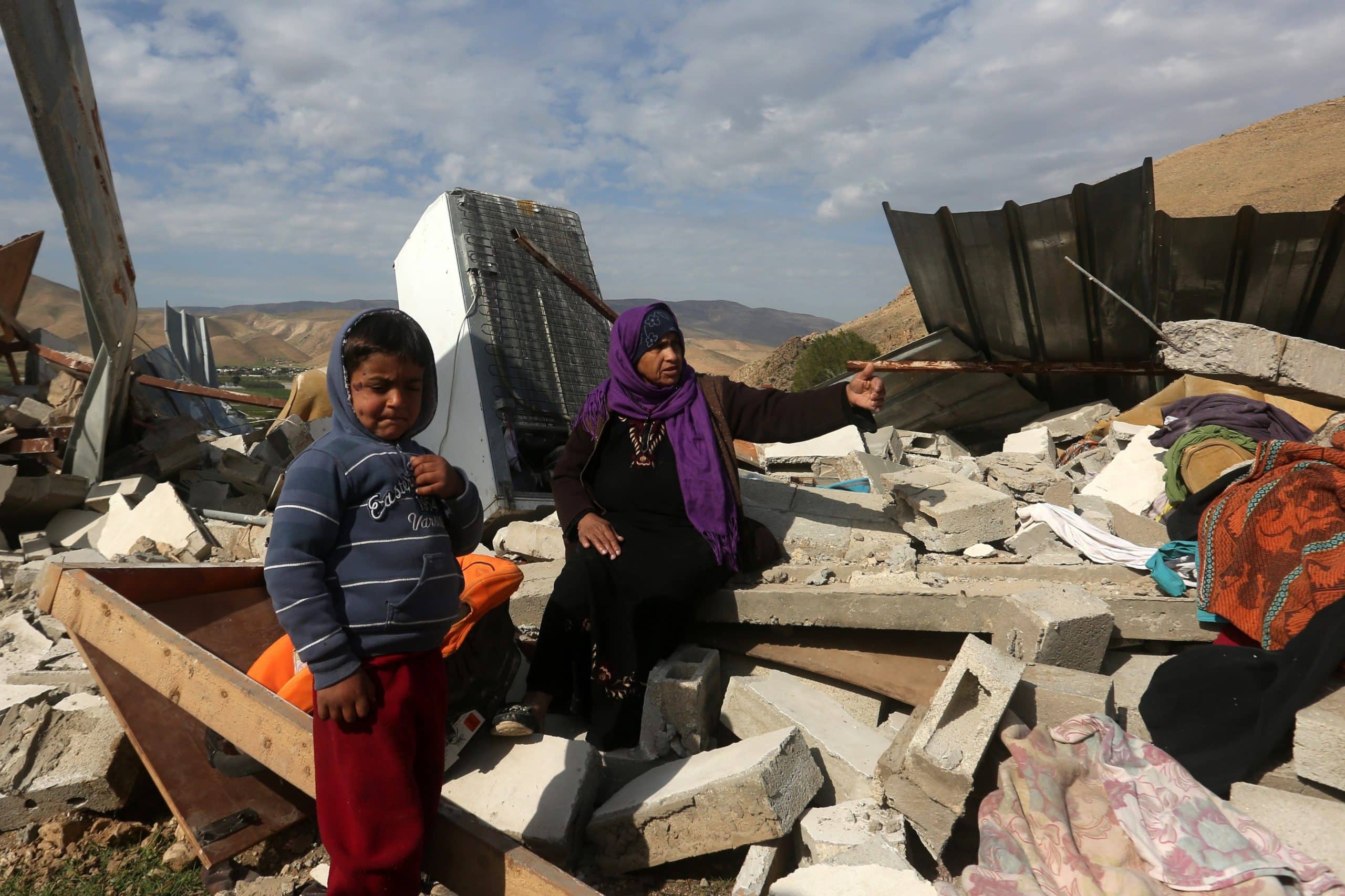 London, 23 March, 2021: Ambassador Husam Zomlot has called on the UK government, lawmakers and civil society to exert pressure on Israel to prevent another ethnic cleansing campaign in East Jerusalem.

The Israeli occupation forces are readying plans for evicting 37 households, comprising 195 Palestinians, from their homes in the East Jerusalem neighbourhoods of Sheikh Jarrah and Silwan.

Ambassador Zomlot said: “These evictions are part of a clear pattern of Israeli aggression, which seeks to consolidate Israel’s hold on the occupied territories, especially occupied East Jerusalem, at the expense of the land’s native population.”

“These are acts of annexation and ethnic cleansing. They must be condemned and Israel must be held accountable for its crimes against international law.”

For background information, please read the briefing below.

Currently, 15 Jerusalemite families comprising 37 households and a total of 195 Palestinians are at imminent threat of eviction from their homes in Sheikh Jarrah and Silwan, both areas of occupied east Jerusalem.

Their threatened evictions are a result of lawsuits brought in domestic Israeli courts by settler organisations who want to claim the homes for themselves.

The families under threat of eviction in Sheikh Jarrah  — an entire neighbourhood comprising 87 people, including 28 children — are already refugees.

In 1956, 28 Palestinian refugee families moved to the area as part of an agreement between the government of Jordan and the United Nations Relief and Works Agency (UNRWA).

The agreement stipulated that the Jordanian government would provide land, that UNRWA would sponsor the construction of housing units for the Palestinian families on this land, and that the Palestinian families would receive legal title to the properties after three years, in exchange for relinquishing their refugee ration cards and the payment of a nominal rent fee for the interim period.

The legal title of the property was never transferred to the Palestinian refugee families.

In 1982, two Israeli groups filed a lawsuit against 23 of these Palestinian families. An Israeli attorney reached an agreement that the families would stay in the properties as protected tenants, but in return would recognise the two Jewish groups’ ownership claims.

The Israeli lawyer concluded the agreement without the families’ consent, and without challenging or scrutinising the validity of the ownership claims.

In the 1990s, the two groups sold their ownership rights to Nahalat Shimon International, a private settler company registered in the United States, which vigorously took over the eviction lawsuits against the Palestinian families.

In 2008 and 2009, Nahalat Shimon International evicted three Palestinians families (the Fawzia Al-Kurd, Al-Ghawi and Hanoun families) consisting of 11 households of around 67 people, without any compensation for the families or securing alternative housing.

The families’ homes were immediately transferred to Israeli settlers.

The story in Silwan is similar. There seven families, 108 people, are at imminent risk of eviction.

This time the litigant is Ataret Cohanim, which is seeking the further eviction of another 81 Palestinian families (over 450 people) from the area.

Similarly to Sheikh Jarrah, the families in SIlwan are mostly refugees.

Ateret Cohanim already controls six buildings in the area, comprising 27 housing units, the majority of which had been home to Palestinian families before.

Ever since its occupation of East Jerusalem in 1967, Israel has aggressively pursued the interests of settler groups in the city. In 1970, Israel enacted the Legal and Administrative Matters Law, which exclusively allows Israeli Jews to pursue claims to land and property ownership allegedly owned by Jews in East Jerusalem before the establishment of the State of Israel in 1948.

No similar legal recourse exists for the hundreds of thousands of Palestinians who lost their homes and lands and were displaced in fighting in 1948. Instead, these are classified as absentees or present absentees (if they were displaced but still within the boundaries of the State of Israel), and their property was confiscated by the State.

Nor do Palestinian Jerusalemites who lost property in East Jerusalem in 1967 have any legal recourse.

These threatened evictions come at a time of increasing settlement building activity in occupied territory generally.

2020 marked a record year for approvals of new units in illegal Israeli settlements. Peace Now counted some 12,000 units approved by Israel’s government as the country has sought to consolidate its occupation of the West Bank including East Jerusalem.

Israel also confiscated a further 20,000 square meters of land in occupied territory for settlement expansion in 2020.

The evictions also come at a time of unprecedented levels of house demolitions in occupied territory, with more than twice as many Palestinian owned homes, buildings or structures demolished last year than the average over the previous ten.

The evictions are part of a clear pattern of Israeli aggression that seeks to a) consolidate Israel’s hold on occupied territory and especially occupied East Jerusalem; and b) do so at the expense and expulsion of the land’s native population.

Both the moving of civilians into occupied territory and the displacement of an occupied population are war crimes under international law.

What the UK can do: