Dr. Husam Zomlot visits Sheffield city councillors in attendance of the debate of the motion to recognize Palestine in Sheffield town hall.

The motion was proposed by Council leader Julie Dore and supported by Cllr Adam Hurst, calling for the recognition of the right of Palestinians to their own state, making it closer to a two-state solution to the ongoing conflict. 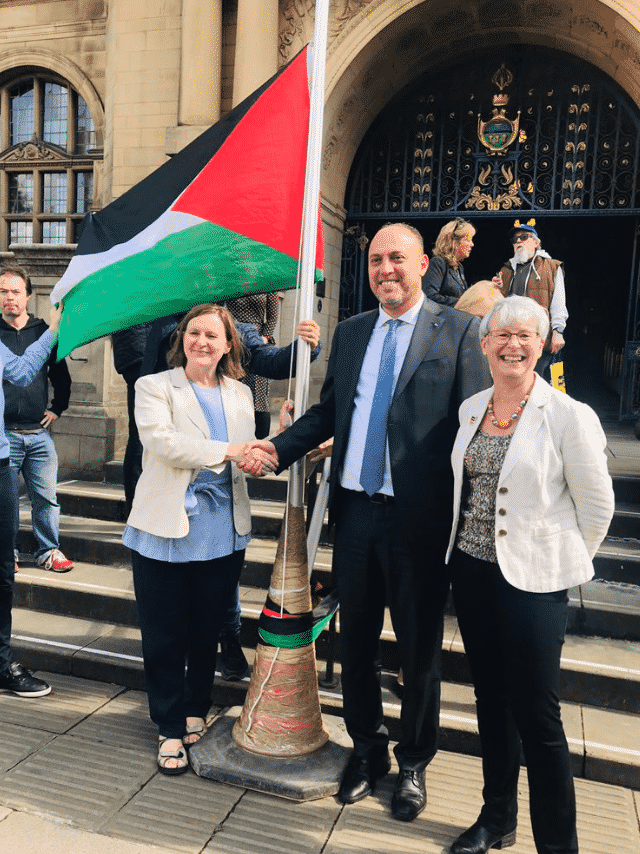 This was helped by the persistence of Sheffield Labour Friensd of Palestine, who presented a petition to the council, urging them to debate this motion.

Labour Councillor for Park and Arbourthorne in Sheffield Ben Miskell also expressed his support for Palestinian sovereignty by presenting an insight of his experiences in schools in al-Khalil and Hebron, as well as his solidarity for the Palestinian people and his urge to pressure the British government to recognize Palestine.

This was then followed by H.E. Ambassador Zomlot receiving a standing ovation by the Sheffield City Council in order to reinforce their support for the Palestinians living under occupation.

This is a great step towards British recognition of Palestinian sovereignty and statehood, which we are committed to advocating and pursuing the right to Palestinian self-determination. 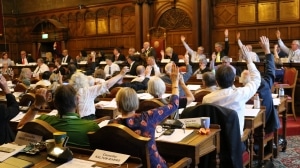 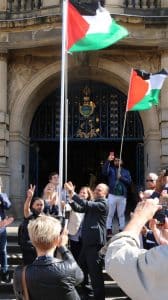 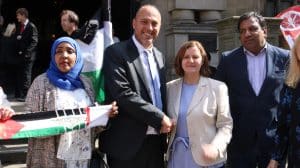 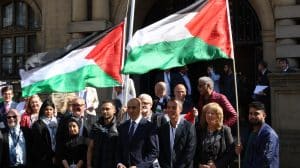